CAREER: Promoting a Fundamental Understanding of Post-Liquefaction Response and Deformations: A Next-Generation Analytical and Experimental Methodology

The research objective of this research project is to develop a unified, scalable approach for soil liquefaction deformation analysis from micro to macro-scale.The overarching research goal is to identify and quantify the physical and environmental parameters that affect the cyclic response of granular soils at the micro- and meso-scale particularly and relate them to the macro-scale (i.e. field) response and deformations.

Soil exhibits a highly complex response to applied loads and deformations due to its particulate nature. This research will (a) characterize particle morphology of granular assemblies and investigate the cyclic response of dry and saturated granular soils at the micro- and meso-scale by combining CSS laboratory tests and 3D DEM analyses, (b) study the micromechanical aspects of soil fabric changes and void ratio redistribution during cyclic loading using 3D DEM analysis and (c) develop a framework for scaling the micro (i.e. particle-to-particle contact) and meso-scale (i.e. particle assembly) behavior of granular soils to the macro-scale (i.e. field) response by simulating select centrifuge experiments reported in the literature and one proof-of-concept case-history, and investigating the input model parameters that control the transition to the macro-scale response. 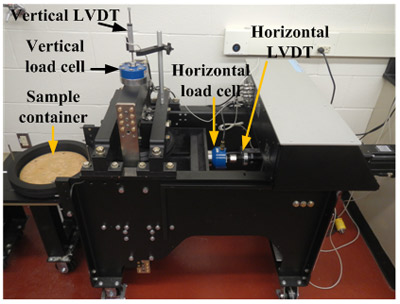 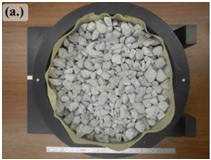 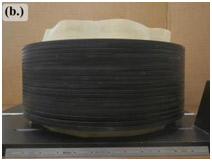